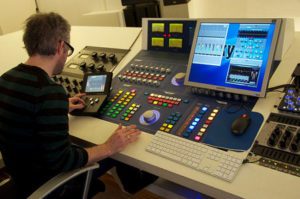 Now I have seen it all

There is something out there that is leading people away from making music and learning how to make music and it is the old mighty buck. There are so many new things coming out that target a market that has been hammered year after year that you need this it will help you, you need this it makes it easier, you need this it will make it sound awesome. This market feeds on misinformation leading everyone away from easy tried and true fundamentals and it creates a false reality which is this: Our product makes it so easy to make music but you will need this to do it……WRONG!

All you need is the will to learn some fundamentals and focus on the music.

I just finished up a mixing tutorial series that ended with a tutorial on how to master a song and I gave a lot of thought on how I would go about it. My focus was to help people learn that mastering is not mixing and not a cure for a crappy mix which is the truth. Mastering in its simplest form is a stereo file optimizer thus I focused a lot on talking about how important the mixing stage is because in the end no mastering is going to make it anything other than what it is.

There is a whole industry of Mastering out there and it is a great important part of music but the reality is, bedroom – warehouse – garage, musicians/engineers are making their own music mostly as a artist hobby and these markets prey on them as though they can get pro results with this or that but never tell you the reality that those people are schooled and work in multi million dollar studios. Ok so there is one thing you can get/learn very easily and that is knowledge of the fundamentals of recording,mixing and mastering YOUR music and you can do it on your own from start to finish and it will sound great

I spend a lot of time answering the questions I get here and on our social networks and yesterday I happened to see a post on the Mastering YouTube tutorial from another person that has a YouTube channel to help out Reason users and it amazed me. This person could not believe I thought mastering was Optimizing A Stereo File and in the post told me to go back to master class and also said they stopped watching after 1:36 into the tutorial.

The point here is this…we can learn the truth and share it but there is always going to be those who do not know the truth and believe it is more, different or harder than the truth and will mis the topic or be off topic. I happened to go and visit this person’s YouTube channel and looked at what videos they post and make and in doing so I happen to see a video that prompted me to make this post.

There is a NEW way to master, can you believe it? It so simple and it’s free NOW but will not be once they get established in the market. I looked over this mastering site and could not believe the only thing they require is some headroom of -6/-3 db when you upload your file. They give examples of what their software does, and knowing how to master and what goes into it I only see one thing here that is good. There are people that want nothing to do with mastering and they might find this useful. Why…..maybe they think they can’t or maybe they think it’s to hard or there is way more to it than Optimizing A Stereo File?

Just know mastering does include Optimizing A Stereo File and you can do it yourself very easily if you learn some easy tried and true fundamentals or you can now just upload your stereo file and have a computer optimize it for you…. what the hell are they going to do next?

Here is a video from the emastered site and to think that other YouTube channel gave me crap for trying to teach people how to master while they make a video on how to use emastered…..I need a beer

7 thoughts on “Now I have seen it all”